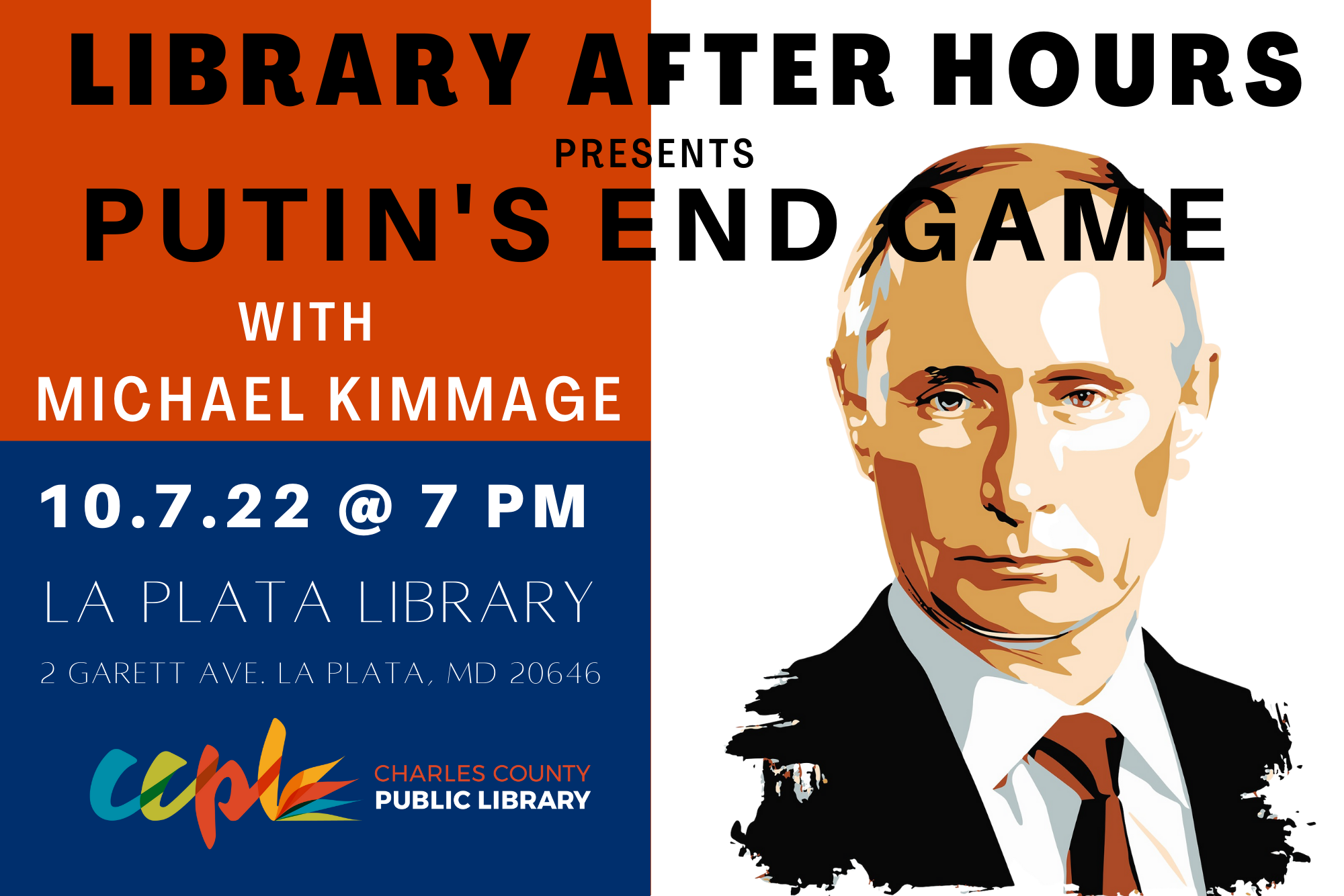 It is not an overstatement to stay that what’s on the mind of Russian President Vladimir Putin matters to every U.S. citizen.

Russia expert Michael Kimmage, professor of history at Catholic University, fellow at the German Marshall Fund, and former U.S. State Department planner for Russia and Ukraine, will join us to discuss how Putin’s life and experience in both domestic and international politics has shaped his foreign-policy objectives and vision of the world and Russia’s place in it.

Professor Kimmage will look how Putin’s 22 years in power can be broken into distinct phases. He initially presented himself at home and abroad as a modernizer, then sought to push against U.S. power abroad and in our nation’s own elections, and in the last year has come to see himself as at war with the West.

Dr. Kimmage also will lay out Putin’s long-term goals for Russia vis-à-vis Europe, the Middle East, and Asia. He’ll evaluate the deepening Russia-China relationship, describe Putin’s effort to engage the “global South,” and shed light on how Putin has been using a combination of economic pressure and paramilitary force to gain influence in Africa and elsewhere. You’ll learn how the kind of international order Putin wants to have is defined by spheres of influence and a “might makes right” ethos.

At the heart of this talk will be an analysis of Putin’s huge bet against the United State and against the West in the form of his 2022 decision to invade Ukraine. Among the questions Dr. Kimmage will tackle: Why has Putin perceived the U.S. as weak and Europe as disunited? Why does he think he will prevail in Ukraine and is doing so even now, despite big setbacks on the ground? What might be some of his next moves?

Doors will open at 6:45 PM. Drop in event, registration is not required for this event.
For questions, please email programs@ccplonline.org

Hours
previous
this week
next
About the library
2 Garrett Avenue
La Plata, MD, 20646