In "Lessons from Bob Marley",  Vivien Goldman, author and professor of Bob Marley studies will give an insider?s perspective on a musical revolutionary and healer. 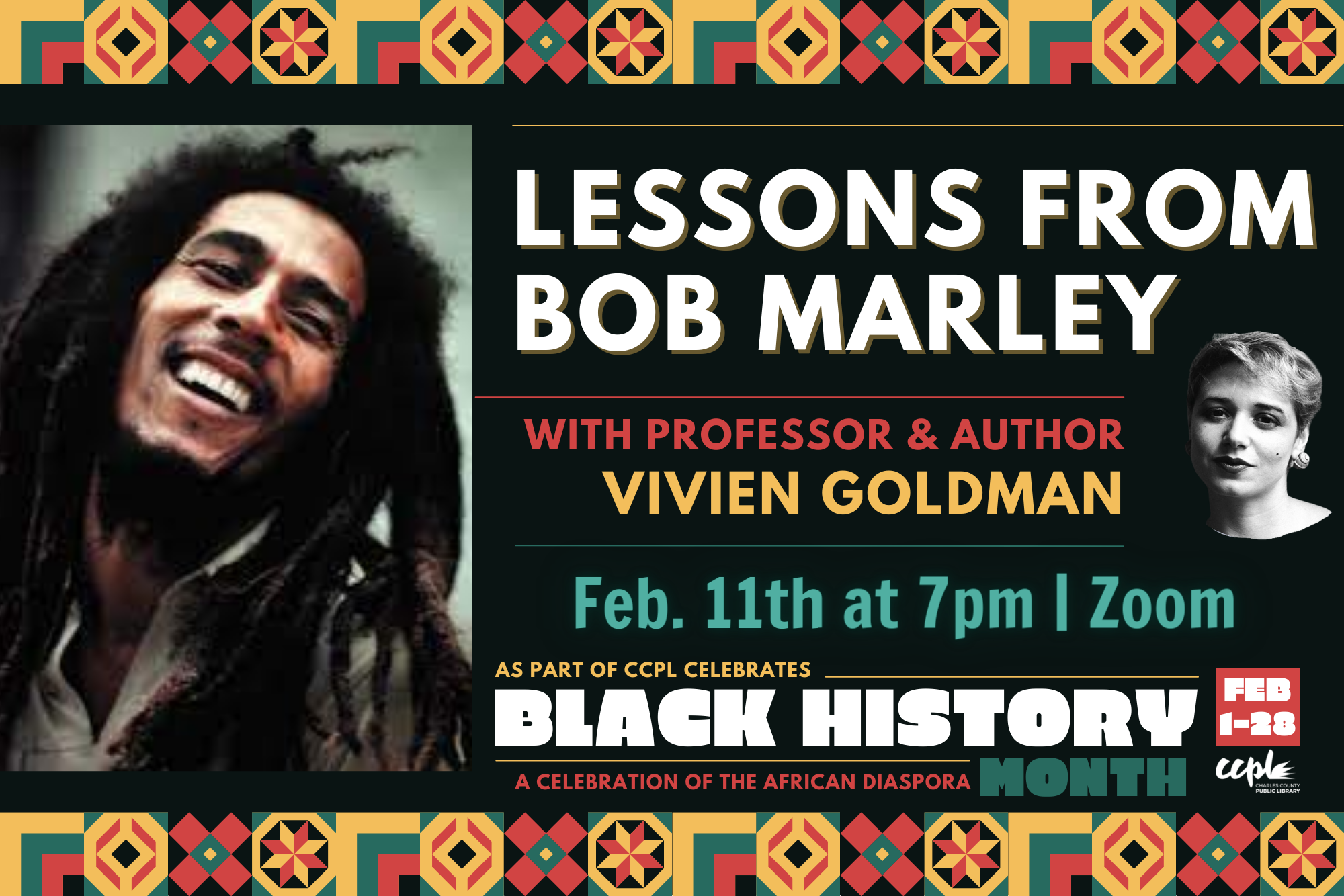 Since the start of the pandemic, the music of Bob Marley and the Wailers has been downloaded 27 times more than usual, according to Billboard. What was it about this legendary musician that makes us turn to him in trying times?

Come gain a rich new understanding of Marley from Vivian Goldman, an award-winning writer and musician whose most recent book on Marley is The Book of ‘Exodus’: The Making and Meaning of Bob Marley and the Wailers’ Album of the Century.  As an adjunct professor at the Clive Davis Institute of Recorded Music at New York University’s Tisch School of the Arts, she teaches courses on Bob Marley, Reggae and Island Records.  She also knows this subject personally: After spending seven months as Marley’s Island Records publicist, Goldman went on to cover him closely as a journalist until his death in 1981 at the age of 36, traveling with him and staying at his Kingston home.

In her interactive, online talk, Goldman will discuss some of the key aspects of Marley’s life and creativity that have enabled him to remain so relevant long after his passing. She’ll discuss how he came to be the defining voice of what was then called the Third World, and how his destiny took him much further than the role society had intended for him.

Marley’s was a path full of challenges. As the son of a brief cross-class and race marriage, the light-skinned youth was often rejected by both races. The music industry ripped him off throughout his early career. Politically-motivated gunmen, whom he had personally tried to help, tried to kill him in his own Kingston home in 1976.

Yet across a spectacular musical canon, Marley refused to become bitter. He never lost his commitment to keeping hope at the heart of his anti-establishment, worldly-wise, spiritual Rasta rebel music. Come learn about his sources of strength, his beliefs, and the impact he continues to have on music and society today.

Learn more about Vivien at https://www.viviengoldman.com/.

This program will take place via Zoom. Zoom meeting information will be shared to registrants via email 1 hour prior to the program starting.

Be sure to check your Spam/Junk folder if you haven't received the event login information 45 minutes prior to the event start time in your Inbox.  If you did not receive an email at all, please contact us through our chat feature on our website.

Hours
previous
this week
next
About the library